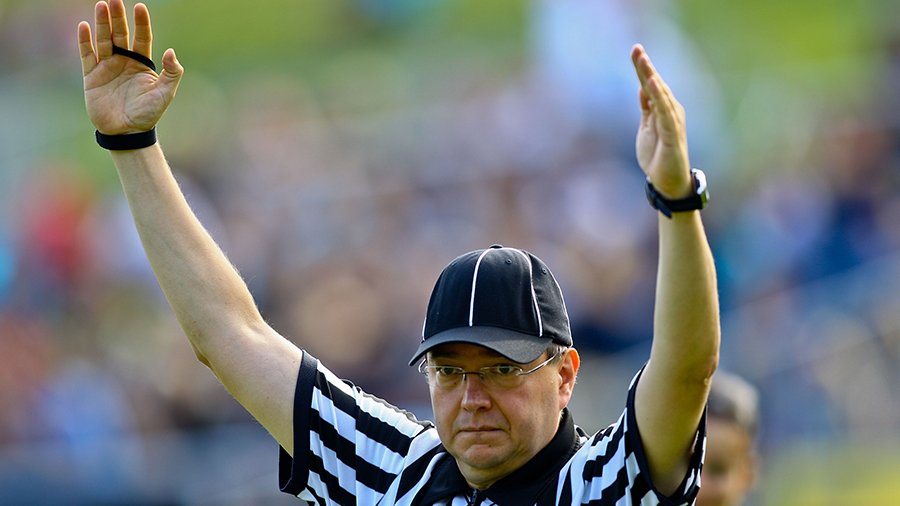 Did the Referee Lockout Really Hurt the NFL Brand?

Forbes.com contributor David Vinjamuri recently wrote an article titled “The Referee Lockout Is Hurting The NFL Brand.” Vinjamuri claims the NFL’s treatment of the referee lockout as a “purely financial matter” was wrong and will position the NFL “…as a sport where rich owners wring the life out of refs and players…”

As a lover of football, it was difficult to watch the now infamous call during Monday Night Football’s Greenbay Packers vs. Seattle Seahawks game. Fans, players and coaches alike were very vocal in their impatience with the replacement refs throughout the season. But at the end of the day, will you stop watching football?

Be honest- the answer is (most likely) no.

While I agree the NFL could have at least sped up the labor dispute process, this will be, at most, a blemish on their reputation. Since football is such an integral part of American culture and the NFL is the oldest and highest level of professional football being played today, this blemish will be forgotten as soon as a regular referee makes a bad call. Case in point? It was only a year ago that the NFL could not reach a labor agreement with players, causing cancelled pre-season games. That could have caused a much bigger blow to the NFL brand. Fans buy tickets to see their favorite players live and advertisers pay top dollar for commercial airtime. And yet, sports bars didn’t shut down, Ticketmaster’s stock didn’t crash and you’re still watching football. In fact, the NFL has managed to create major hype from these pitfalls, garnering both fans and non-football watchers to tune into the games.

Like all major successful companies, the NFL knows how difficult it is to tarnish a brand that is so strong. With a strong fan base and a reputation of being a class-act, this organization will surely continue to thrive in this season and the ones to come. Jazmine Ramirez Account Executive DAISHO Creative Strategies